Strana 27 - Novels almost as incredible . . . and therefore, no sooner was a taste for amusing literature diffused than all orders of country life, with one accord, forsook the sober sermons and Practical Pieties of their fathers for the gay stories and splendid impieties of the Traveller and the Novelist. The worthy farmer no longer fatigued himself with Bunyan's Pilgrim up "the hill of difficulty...
Objevuje se u 24 knih od 1860-2007.

When Royall Tyler courted the young Abigail Adams, her father, John Adams (see Vol. 3), wrote to his wife that he disapproved of Tyler's suit. He suggested that Tyler drop his literary aspirations and focus on the law. A man of contrasts, Royall Tyler found neither occupation mutually exclusive; he distinguished himself as a lawyer and a military officer, as well as a poet and dramatist. Born William Clark Tyler to a well-established Boston family on July 18, 1757, Tyler was quickly schooled in colonial politics. His father was a member of the Massachusetts House of Representatives and was actively opposed to British interference. When the senior Tyler died in 1771, his fourteen-year-old son adopted his father's name---Royall. Tyler graduated from Harvard and received an honorary degree from Yale. In 1779 he was awarded a Master of Arts degree from Harvard, and in 1780 he was admitted to the Massachusetts bar. During his college years, Tyler served briefly as a military aide in 1778. During the 1780s, Tyler acted on the government's behalf in quelling Shays's Rebellion, a farmer's revolt in western Massachusetts. Tyler proved himself an excellent counselor and barrister; in 1807 he became chief justice of the Supreme Court of Vermont, as well as a trustee and law professor at the University of Vermont. In 1794 Tyler married Mary Palmer, the daughter of the family with whom he had resided during the time of Shays's Rebellion. Concurrent with his civic career, Royall Tyler enjoyed another vocation. A prolific writer, particularly of drama, Tyler saw his first play, The Contrast, produced in 1787. Like much of his work, this play dealt with the theme of American exceptionalism. Unlike some of his contemporaries, Tyler refused to mimic continental themes and forms and sought to create uniquely American works. Critics have commented at some length on his use of dialect and satire and upon his indictment of duplicitous European influences on the naive and upright American character. Tyler's papers and manuscripts are collected at the Vermont Historical Society, Montpelier, Vermont. 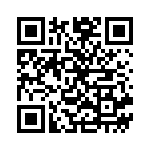