This vast collection of speeches I like to refer to as "Penguin America's American Book of American Speeches... America". The editor suffers from what can only be described as socio-centricism. Most ... Přečíst celou recenzi

A stirring example of how to bring history to life on the page. Bravo. Přečíst celou recenzi

Brian MacArthur was born in Essex, England on February 5, 1940. He was working for the Sunday Times during the Hitler Diaries scandal of 1983. He left the Sunday Times shortly after the scandal to became editor of the Western Morning News. After two years there, he became the founding editor of Today. He left Today in 1987 to rejoin the Sunday Times. From 2006 to 2010, he was the books editor of the Daily Telegraph. He wrote several books including Deadline Sunday, Surviving the Sword, For King and Country, and Eddy Shah: Today and the Newspaper Revolution. He edited The Penguin Book of Modern Speeches. He died of leukemia on March 24, 2019 at the age of 79. 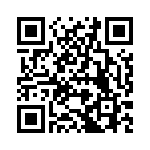