This was purchased as a gift for my Dad who said he enjoyed it very much. Each segment is brief making it nice for someone who doesnt have long uninterrupted stretches of time for reading. Přečíst celou recenzi

H. Jack Lang edited this book after extensively sifting through the treasures of Lincolniana in every corner of the United States in order to gather choice and fresh material that at the time had never hitherto been published in standard works on Lincoln. 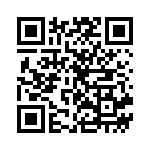