Strana 7
... national character , 95 - Only the Calvinists prepare for armed resistance , 95 -
Brederode the leader ; Orange keeps in the background , 96 — Disasters of
Watrelos , Lannoy , December 1566 , and Oosterweel , April 1567 , 97 – Orange
and ...
Strana 100
Thus one of the “ Beggars ' songs " which expressed the varying moods of the
party of resistance in those years . Brederode , meanwhile , was diligent enough
and travelled round in northern Germany to raise men and money . But the
money ...
Strana 120
But here stood the great leader of the revolt , with his Beggars and mercenaries ,
the concentrated power of resistance not of this province only but of the whole
Netherlands people , and they were determined to put up a desperate fight . 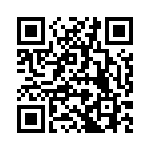