Nicholas Grene is Professor of English Literature at Trinity College, Dublin, a Senior Fellow of the College, a Member of the Royal Irish Academy and a Life Member of Clare Hall, Cambridge. He has published widely on Shakespeare, drama, and Irish literature, and his books include Bernard Shaw: A Critical View (1984), Shakespeare's Tragic Imagination (1992), The Politics of Irish Drama (Cambridge University Press, 1999) and Shakespeare's Serial History Plays (Cambridge University Press, 2002). Among his most recent books are Yeats's Poetic Codes (2008), the New Mermaids edition of Major Barbara (2008), Synge and Edwardian Ireland (co-edited with Brian Cliff, 2011), and a memoir Nothing Quite Like It: An American-Irish Childhood (2011). He has been invited to speak in over twenty countries and has been a visiting professor at the University of New South Wales, Dartmouth College and the University of Paris IV (Sorbonne). 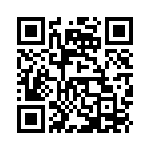