Strana 171
In addition to the size factor , however , Robson quite properly stresses the role of
“ proximity ” : the diffusion of innovations from large towns to smaller ones as a
function of their proximity to them . For Robson , as for Pred and most other ...
Strana 181
The confusion on the question of the effect of labor supplies on the Industrial
Revolution in Britain is enormous . Some writers have in fact found abundant
cheap labor ” in Britain , which was a “ crucial factor in maintaining the impetus of
the ...
Strana 501
Their Denison - type decomposition of sources of growth indicates that 70
percent of the growth of total GNP in semi - industrial countries from 1950 to 1973
, the period of rapid growth , came from increases in factor supplies and only 30 ... 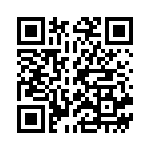