Richard Lederer, the well-known wordsmith, originally intended to practice medicine. He entered Haverford College as a pre-medical student, but when he realized that he was more interested in the textbooks' language than their substance, he switched his major to English. He next attended Harvard Law School, but again switched majors--this time entering Harvard's Master of Arts and Teaching program. After graduation, he taught English and media at St. Paul's School, in Concord, N.H., for 27 years. Upon earning his Ph.D. in English and Linguistics from the University of New Hampshire, he decided to pursue a career writing books on the English language. His first book, Anguished English, was a popular success and launched his career. His books, newspaper columns, and speaking engagements have allowed Lederer, in his own words, "to extend my mission of teachership." Lederer describes himself as a "verbivore" - one who consumes words. He says, "Carnivores eat meat; herbivores eat plants and vegetables; verbivores devour words." His fascination with word play (particularly, palindromes and puns) resulted in his nicknames--"Attila the Pun" and "Conan the Grammarian. 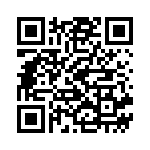