This is a fascinating and groundbreaking study of American drama from 1935 to 1955, with a special emphasis on plays written and produced during the war years. Wertheim (English, theater, & drama ... Přečíst celou recenzi

Strana 4 - You could see them kissing behind ash-pits and telephone poles. This was the compensation for lives that passed like mine, without any change or adventure. Adventure and change were imminent in this year. They were waiting around the corner for all these kids. Suspended in the mist over Berchtesgaden, caught in the folds of Chamberlain's umbrella— In Spain there was Guernica!
Objevuje se u 39 knih od 1948-2007.

Albert Wertheim (1941--2003) was Professor of English and of Theatre and Drama at Indiana University. His other books include The Dramatic Art of Athol Fugard: From South Africa to the World (IUP, 2000). 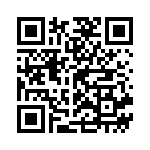