This was my first Ben Jonson play. Admittingly, I did not think I was going to enjoy it. I am typically not the comedic type-- or so I thought. Yet, Jonson charms with his blank verse and the play ... P°eĶĒst celou recenzi

Riotous farce about money and greed. Ben Jonson is no Shakespeare, but he has quite a talent. P°eĶĒst celou recenzi 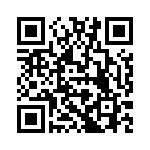