A great book by a great writer; but it's great only if you have an excellent layman's knowledge of science. The casual science reader will not be able to understand it, and a professional scientist may already know everything Barrow has to say. Přečíst celou recenzi

NEW THEORIES OF EVERYTHING: The Quest for Ultimate Explanation

Can any one theory account for everything in the universe?Barrow (Mathematics/Cambridge; The Infinite Book, 2005, etc.) gets right down to fundamental issues in addressing this central question in ... Přečíst celou recenzi

John D. Barrow is Professor of Mathematical Sciences and Director of the Millennium Mathematics Project at Cambridge University, Gresham Professor of Astronomy and a Fellow of the Royal Society. He is the author of many highly acclaimed books about modern developments in physics, astronomy, and mathematics, including The Left Hand of Creation, The Anthropic Cosmological Principle, Theories of Everything: The Quest for Ultimate Explanation, Pi in the Sky: Counting, Thinking, and Being, Impossibility: the limits of science and the science of limits, Between Inner Space and Outer Space, The Origin of the Universe, The Universe that Discovered Itself, The Book of Nothing, The Constants of Nature: from alpha to omega and, most recently, The Artful Universe Expanded and The Infinite Book: a short guide to the boundless, timeless and endless. He is also the author of the award-winning play Infinities. 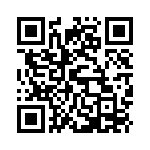