Born into a peasant family in the Stavropol region of southern Russia, Gorbachev witnessed the destruction of parts of his homeland by Germans in World War II. In 1952, he entered Moscow University, where he studied law and joined the Communist party. After graduating, he returned to Stavropol to work as an agricultural specialist. At the same time, he began to rise steadily in the Communist hierarchy, becoming party leader of the Stavropol region in 1970, a member of the Central Committee in 1971, a full member of the Central Communist party committee, the Politburo, in 1980, and in 1982, the right-hand man of Soviet leader and Communist party secretary Yuri Andropiv. In 1985, Gorbachev became Soviet leader and general secretary of the Communist party. His coming to power marked a historic moment in the history of the Soviet Union. No other Soviet leader had displayed the charisma, charm, sophistication, and confident personality that is Gorbachev's. Since coming to power, Gorbachev, through his programs of "glasnost" and "perestroika", has led the reorganization of the Soviet Union's political and economic structure has allowed greater freedom and openness in the Soviet society. As part of the Soviet Union's political restructuring, Gorbachev assumed the new position of president in 1989. In 1990, he received the Nobel Peace Prize for his efforts in foreign affairs - withdrawing Soviet forces from Afganistan, permitting political reforms in Eastern Europe, and easing tensions with the United States. In 1991, after a failed coup against him, he abolished the Communist party and resigned as its head. He then freed the Baltic states, after which he set up a power-sharing agreement with the remaining republics. Due in part to his efforts, the cold war was effectively ended and prospects for peace between the world's superpowers seemed greater than any time during the past 50 years. 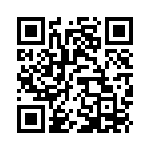