This excellent book makes the efforts of others - not least Patrick Leigh Fermor - look self indulgent, turgid and dull by comparison. It sparkles, like good travel writing should. And like the best ... Přečíst celou recenzi

This book is simply a delightful tale of humanity being about as good as it can be. Very entertainingly written. I only hope the author will find another genre so he doesn't have to go on lengthy ... Přečíst celou recenzi

A.J. Mackinnon was born in Australia in 1963. He got hDiploma in Education and a Bachelor of Arts in English Literature, Linguistics and Anglo-Saxon from the University of Adelaide. His teaching career started at Westminster school, Adelaide, where he taught English and Drama for four years. AFter this time he traveled overland England by yacht, hitch-hiking, river-canoe and even horseback-spending a brief time in a Chinese prison after accidentally swimming into China and being attacked by Komodo Dragons, amongst other experiences.

In England he taught at Sherborne and Cheltenham before becoming Head of Drama at Ellesmere College, Shropshire, where he also taught English. From Ellesmere he launched his unlikely voyage aboard his dinghy Jack de Crow. He is currently teaching English and Drama at Geelong Grammar School in Australia where he also coaches sailing. 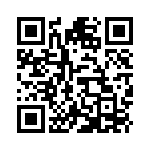