Strana 440
In fact , Mylius - Erichsen would have to travel twice as far , in the process
discovering Lambert Land and Hovgaard Island , before reaching Crown Prince
Christian Land , a large peninsula that extended far north and east beyond where
...
Strana 472
On 16 May , he reached Cape Flora , where he planned to leave them , to be
picked up by the supply ship Frithjof . Unfortunately , Frithjof was unable to reach
Franz Josef Land , and as a result twenty - five men were forced to winter in ...
Strana 515
On 21 April , he claimed to have reached 87°06 ' N , but on the basis of an analy -
sis of inconsistencies between the published account and Peary ' s typescript
diary , Wally Herbert ( 1989 ) doubts that he got so far , though accepting that he ... 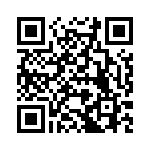