Excellent book aboyuut the Warsaw Ghetto revolt. The book is written in a precise but very readable style. The book is based on new material and describes a somewhat different narrative to what we are ... Pøeèíst celou recenzi

What a perfect time to read this book! I was full well aware of a Jewish Resistance in Poland during World War II, but I was absolutely unclear of the actual group. Come to find out that it was ... Pøeèíst celou recenzi

Moshe Arens was born in Kovno, Lithuania on December 27, 1925. His family moved to the United States when he was 13 years old. He graduated from the Massachusetts Institute of Technology. He served as a technical sergeant in the United States Army Corps of Engineers in World War II before leaving to fight in Israel's 1948 war of independence. After going back to the United States for graduate studies at the California Institute of Technology and a stint in the American aviation industry, he returned to Israel in 1957. He worked as an associate professor of aeronautical engineering at the Technion-Israel Institute of Technology in Haifa and as vice president for engineering at the state-owned Israel Aircraft Industries. He became a politician who served three times as defense minister, as a foreign minister, and Israel's ambassador to the United States. He wrote several books including Flags Over the Warsaw Ghetto and In Defense of Israel. He died on January 7, 2019 at the age of 93. 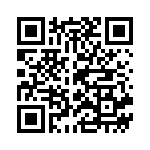