John Richard Hicks, one of the leading economic theorists of the twentieth century, was born in Leamington Spa, England, and graduated from Oxford University. He taught at the London School of Economics, Manchester, and Oxford. Knighted in 1964, he was the first Englishman to be awarded the Nobel Prize (jointly with Kenneth Arrow) for his work on general equilibrium and welfare economics. His writings covered a broad range of topics, including labor and wages, value, capital, trade cycle theory, and economic history. Hicks's first book, The Theory of Wages (1932), was an institutional history of labor economics in Britain that analyzed wages under conditions of supply and demand in a competitive market. His second book, Value and Capital: An Inquiry into Some Fundamental Principles of Economic Theory (1939), was a monumental effort that firmly established his reputation among economists. It dealt with an elaboration of value theory and general equilibrium theory that required a considerable amount of persistence to digest. A well-known economist who reviewed the book concluded that it cost him more effort per page than any volume in economics he had ever read. In 1937 Hicks published "Mr. Keynes and the Classics," a famous journal-length review article of General Theory of Employment, Interest and Money by John Maynard Keynes. By working with a two-sector model, Hicks introduced the now-famous IS-LM curves that are central to macroeconomic textbooks. His Social Framework: An Introduction to Economics (1942) was a popular economics textbook in the early postwar years. His Contribution to the Theory of the Trade Cycle (1950), a multiplier-accelerator model of business cycles, also enjoyed modest success. When Capital and Growth was published in 1965, Hicks tried to provide a theory of growth that featured a microeconomic foundation of macroeconomics. Afterward, when a flaw was discovered in the exposition, Hicks published Capital and Time: A Neo-Austrian Theory (1973), which incorporated time into the analysis. His Theory of Economic History (1969) gave the market a special role in the development of economic history. This rather short work was highly regarded by Hicks, and he is said to have wished that his Nobel Prize had been awarded for this book rather than for his earlier efforts. However, Economic History received very little attention from economists and somewhat critical reviews from economic historians. Hicks also wrote in a number of other areas, especially in the field of monetary economics. His work is not easily summarized, but the majority of his efforts, aside from Value and Capital, have a literary elegance and clarity that deservedly earned him the title of being "an economist's economist. 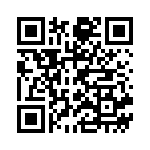