A thin book, somewhat dated but still relevant. Taylor doesn't say much that hasn't been said before, but she does express some ideas more clearly and rigorously than can be found elsewhere in the ... Přečíst celou recenzi

T.L. Taylor is a long time player of EverQuest and uses her experience as a social researcher to explain the complexities of the social interactions to non-players. As an online gamer myself, I ... Přečíst celou recenzi

T. L. Taylor is Associate Professor in Comparative Media Studies at MIT. She is the author of Play Between Worlds: Exploring Online Game Culture (MIT Press). 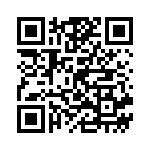