Strana 385
United States. Department of State. have resolved to conclude a convention for
that purpose , and have named as their Plenipotentiaries , that is to say , the
President of the United States of America : Michael J. Cramer , Minister Resident
of the ...
Strana 712
in the United States which have been or may , from time to time , be specially
designated by the President of United States , and destined for Her Britannic
Majesty's possessions in North America , may be entered at the proper custom -
house ...
Strana 1087
manufacture of the United States of America , than those which the same or like
articles , the produce , growth , or manufacture of any other foreign country do
now or may hereafter pay ; nor shall articles , the produce , growth , or
manufacture ... 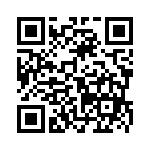