British historian A.J.P. Taylor studied at Oxford University and in 1938 became a fellow of Magdalen College. Interested chiefly in diplomatic and central European history, he is a prolific and masterful writer. Fritz Stern wrote of him and his The Struggle for Mastery in Europe, 1848--1918 (1954) in the Political Science Quarterly: "There is something Shavian about A. J. P. Taylor and his place among academic historians; he is brilliant, erudite, witty, dogmatic, heretical, irritating, insufferable, and withal inescapable. He sometimes insults and always instructs his fellow-historians, and never more so than in his present effort to reinterpret the diplomatic history of Europe from 1848 to the end of the First World War. . . . After a brilliant introduction, in which he defines the balance of power and assesses the relative and changing strength of the Great Powers, Mr. Taylor presents a chronological survey, beginning with the diplomacy of war, 1914--1918. . . . [He] writes on two levels. He narrates the history of European diplomacy and compresses it admirably into a single volume. Imposed upon the narrative is his effort to probe the historical meaning of given actions and conditions. . . . He has a peculiar sense of inevitability, growing out of what he regards the logic of a given development, as well as a delicate feeling for live options and alternatives. Mr. Taylor suggests that fear, not aggression, was the dominant impulse of pre-war diplomacy." The Origins of the Second World War (1961), again controversial and lively, starts from the premise (in Taylor's words) that "the war of 1939, far from being premeditated, was a mistake, the result on both sides of diplomatic blunders." The New Statesman said of it: "Taylor is the only English historian now writing who can bend the bow of Gibbon and Macaulay. [This is] a masterpiece: lucid, compassionate, beautifully written in a bare, sparse style, and at the same time deeply disturbing." Several of Taylor's other works also received high praise. Among these were Bismarck, the Man and the Statesman (1955), in which he exonerated Bismarck; Hapsburg Monarchy, 1809--1914, a survey of the era; and English History, 1919--1945, a volume in the Oxford History of England Series, greeted by the N.Y. Review of Books as "an astonishing tour de force. 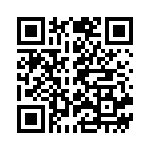