Strana 262
of death as one in a series of quite natural , though ultimately mysterious , personal transformations is so common among members of the human race that it could almost be called a definitive trait of our species .
Strana 263
few cultural groups in the world ever to have taken the position that there is no life whatever after death . Individuals , of course , have always appeared with intellectual systems designed along such lines ; but societies as a whole ...
Strana 345
Journeying death as , 261-67 defined , 260 Juiraro tribe , on death , 26263 Julian the Apostate ( Roman Emperor ) , 26 Jung , Carl , 273 Kaiserwerth , 85-86 Klaus , Katherine , 175 Knights Hospitallers . See Hospitaller Knights of St.

If you like Natalie Angier or Mary Roach's bringing journalisty eyes into sciency places, you will like this book. Heavy on the personal stories of palliative care. Only a little dated and very lovely. Přečíst celou recenzi 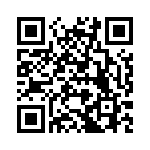