WILLIAM BAKER is Professor, Department of English, and Professor, University Libraries, at Northern Illinois University. His previous books include Recent Work in Critical Theory, 1989-1995: An Annotated Bibliography (1996), Twentieth-Century Bibliography and Textual Criticism: An Annotated Bibliography (2000), and A Companion to the Victorian Novel (2002), all available from Greenwood Press. He also coedited The Letters of Wilkie Collins (1999), and has been awarded a National Endowment for the Humanities Fellowship for 2002-2003 to edit another three volumes of Wilkie Collins's letters. 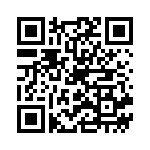