Nobel Prize winning economist Paul R. Krugman is a professor of economics and international affairs at the Woodrow Wilson School at Princeton University and is a regular op-ed columnist for the New York Times. He received his BA from Yale University and his PhD from the Massachusetts Institute of Technology. After working on the White House Council of Economic Advisors from 1982 1983, Krugman earned the prestigious John Bates Clark Medal for his work on the "new trade theory" in 1991. In addition to Princeton, Krugman has taught at Yale, MIT, and Stanford. His Nobel Prize, awarded in 2008, recognizes his work in international trade patterns and economic geography. 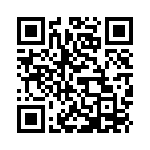