Strana 14
Weaver , executor . ordinary ' s powers , under these sections of our Code , to
construe intricate bequests and settle legal questions which are with difficulty
adjusted by the ablest of the ju . diciary sitting on the bench of the superior courts
as ...
Strana 668
Steward , ordinary , os . Peyton . by this record , and our deliberations lead to the
conclu . sion that there was no error in refusing to order the writ of certiorari
applied for in the case . Judgment affirmed . STEWARD , ordinary , vs . PEYTON .
Strana 669
Steward , ordinary , os . Peyton . JACKSON , Chief Justice . The superior court
granted the writ of mandamus , and made it absolute against the ordinary of
Dekalb county , directing him to declare the result of an election on fence or stock
- law ... 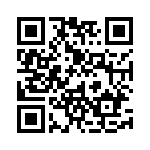