Edward Larkin is Assistant Professor of English at the University of Delaware. He is the author of Thomas Paine and the Literature of Revolution (Cambridge, 2005). His current scholarship focuses on loyalism and empire in the early United States. 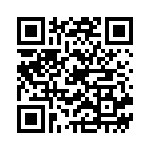