Neil Forsyth is Professor of English Literature at the University of Lausanne and the author of The Old Enemy: Satan and the Combat Myth (Princeton). 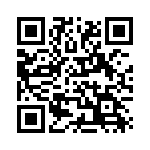