Harry R. Moody is a graduate of Yale University and received his Ph.D. in philosophy from Columbia University. He has taught philosophy at Columbia University, Hunter College, New York University, and the University of California at Santa Cruz. He recently retired as Vice President and Director of Academic Affairs for AARP in Washington, DC. He is currently Visiting Professor at Tohoku University in Japan, and Distinguished Visiting Professor at Fielding Graduate University. Dr. Moody previously served as Executive Director of the Brookdale Center on Aging at Hunter College and Chairman of the Board of Elderhostel (now Road Scholar). Moody is the author of over 100 scholarly articles, as well as a number of books including: Abundance of Life: Human Development Policies for an Aging Society (Columbia University Press, 1988) and Ethics in an Aging Society (Johns Hopkins University Press, 1992). His most recent book, The Five Stages of the Soul, was published by Doubleday Anchor Books and has been translated into seven languages worldwide. He is the editor of a newsletter, "Human Values in Aging," reaching 10,000 subscribers each month. In 2011 he received the Lifetime Achievement Award from the American Society on Aging and in 2008 he was named by Utne Reader Magazine as one of “50 Visionaries Who Are Changing Your World.” 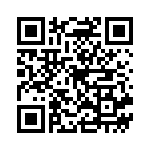