Edward M. Graham (1944-2007) was a senior fellow at the Peterson Institute from 1990 to 2007. He also taught concurrently as adjunct professor at Columbia University in New York. Previously he was an economist at the US Treasury and taught full-time in the business schools of several US universities (MIT, University of North Carolina Chapel Hill, Duke University, among others). While serving at the Treasury, he was seconded for two years to the Organization for Economic Cooperation and Development (OECD) in Paris. He also served as visiting or adjunct faculty at the University of Virginia, Charlottesville; Stanford University (Washington Program); The Johns Hopkins University; Seoul National University; Harvard University (John F. Kennedy School of Government); INSEAD (European Institute of Administration, Fontainebleau, France); and the University of Paris I (Pantheon/La Sorbonne). His research interests have included foreign direct investment, international competition policy, and the industrial organization of major Asian economies.

Paul.R Krugman is an American economist, Distinguished Professor of Economics at the Graduate Center of the City University of New York, and an op-ed columnist for The New York Times. In 2008, Krugman was awarded the Nobel Memorial Prize in Economic Sciences for his contributions to New Trade Theory and New Economic Geography. Krugman was previously a professor of economics at MIT, and later at Princeton University. He retired from Princeton in June 2015, and holds the title of professor emeritus there. He is also Centenary Professor at the London School of Economics, and was President of the Eastern Economic Association in 2010. 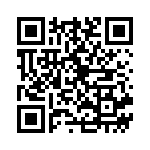