Martin Kemp, FBA, is Emeritus Professor in the History of Art at Trinity College, Oxford University. He has written, broadcast and curated exhibitions on imagery in art and science from the Renaissance to the present day, including The Science of Art. Optical Themes in Western Art fromBrunelleschi to Seurat (1992), The Human Animal in Western Art and Science (2007), Leonardo, and the prize-winning Leonardo da Vinci. The marvellous works of nature and man (1989 and 2006). His book on the newly discovered Leonardo portrait, La Bella Principessa, written with Pascal Cotte, waspublished in 2010. 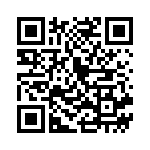