John Berryman's poetry has a depth and obscurity that discourages many readers while it entices critics. His major work, The Dream Songs (1969), forms a poetic notebook that captures the ephemera of mood and attitude of this most mercurial of poets. Born John Smith in McAlester, Oklahoma, in 1914 and educated at Columbia University and Clare College, Cambridge, he later taught at several universities. Berryman received the Shelley Memorial Award (1948), the Harriet Monroe Award (1957), the Loines Award for poetry of the National Institute of Arts and Letters (1964), and the fellowship of the Academy of American Poets (1966). In 1964 he won the Pulitzer Prize in poetry for 77 Dream Songs (1964). His short story "The Imaginary Jew" received the Kenyon-Doubleday Award and was listed in Best American Short Stories, (1946). He also wrote Stephen Crane (1950) and is the author of a novel, Recovery (1973). Often listed along with Sylvia Plath and Anne Sexton as a major confessional poet, he was as much concerned with literary artifice as he was with personal revelation. His works include The Freedom of the Poet, Henry's Fate & Other Poems, 1967-1972, Collected Poems 1937-1971, Berryman's Shakespeare, and Selected Poems. Berryman committed suicide in 1972.

John Haffenden is a professor of English literature at the University of Sheffield. His publications include The Life of John Berryman, Viewpoints: Poets in Conversation, and a study of poet and critic William Empson. 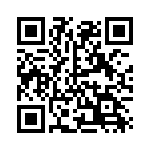