Andrew Britton lectured in film studies at the Universities of Warwick, Essex, and Reading. He also taught at Queens and Trent Universities in Ontario, Canada, and was a guest lecturer at other universities in Britain, Canada, and the United States. He died in 1994.Robin Wood is a founding editor of CineAction and author of Hitchcock's Films Revisited, Hollywood from Vietnam to Reagan... and Beyond, and Sexual Politics and Narrative Film. He is professor emeritus at York University and the recipient of a Lifetime Achievement Award from the Society for Cinema Studies. 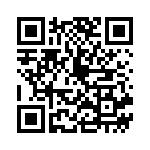