Rattling the Cage explains how the failure to recognize the basic legal rights of chimpanzees and bonobos in light of modern scientific findings creates a glaring contradiction in our law. In this ... Přečíst celou recenzi

RATTLING THE CAGE: Toward Legal Rights for Animals

A potentially historic work on the legal case for animal rights that shoots itself in the paw with shrill terms and tactics. Wise, who teaches animal-rights law at Harvard Law School and elsewhere, is ... Přečíst celou recenzi

Steven M. Wise, J.D., has practiced animal law for over twenty years and has taught at the Harvard, Vermont, and John Marshall law schools. He is President of the Center for the Expansion of Fundamental Rights, which he founded in 1995. The author of Rattling the Cage, praised by Cass Sunstein as "an impassioned, fascinating, and in many ways startling book" (New York Times Book Review), and Drawing the Line, which Nature called "provocative and disturbing," he has been profiled nationally by such publications as the New York Times, the Washington Post, and Time magazine. 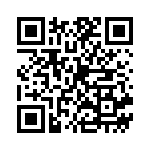