Stephen B. Powles, Ph.D., received his B.Sc. in crop science from the University of Western Sydney, his M.Sc. from Michigan State University, and his Ph.D. in plant physiology from the Australian National University. Postdoctoral research followed at Stanford University (Carnegie Plant Biology) and at C.N.R.S., Gif-sur-Yvette, France. Dr. Powles returned to Australia in 1983 and built a large research program on fundamental and applied aspects of herbicide resistance at the University of Adelaide. From 1995 to 1997 he was director of an Australia-wide research program on weed management (CRC). In 1998 he was appointed professor at the University of Western Australia and director of a major research initiative focused on herbicide resistance and management. Dr. Powles is the author of more than 120 research papers and reviews on herbicide resistance. He has given numerous invited lectures at international meetings. Many graduate students and postdoctoral fellows who have graduated from his herbicide-resistance program now work worldwide in industry and academia. In 1997 he was elected an International Honorary Fellow of the Weed Science Society of America and in 1999 he was elected to the Australian Academy of Technological Sciences and Engineering. Aside from family and his professional interests in the plant sciences and agriculture, he remains active in field hockey. Dale L. Shaner, Ph.D., is a senior research fellow at BASF Corporation, Princeton, NJ. He is a member of the Agricultural Products Research Department at the Agricultural Research Center in Princeton, where he conducts research and provides technical support on imidazolinone-resistant crops, herbicide-resistance management, and herbicide mode of action. Prior to his present position, Dr. Shaner was the director of the Ag Biotech Department of American Cyanamid. Dr. Shaner received his B.A. in botany in 1970 from DePauw University, his M.A. in plant ecology in 1972 from the University of Colorado, and his Ph.D. in plant physiology in 1976 from the University of Illinois. After obtaining his Ph.D., Dr. Shaner served as assistant professor of weed science/plant physiology at the University of California, Riverside until 1979. He then joined the Herbicide Discovery Group at American Cyanamid, where he helped conduct the early research on the greenhouse and field activity of the imidazolinones. He moved into the laboratory and was instrumental in discovering the mode of action of the imidazolinone herbicides. In 1984 Dr. Shaner received Cyanamid’s Scientific Achievement Award for his work on imazamethabenz-methyl. He has won several awards for scientific publication from Cyanamid. He was the recipient of the Weed Science Society of America’s (WSSA) Industry Award in 1993. He was elected a fellow of the WSSA in 2000. Dr. Shaner has also been very active in industry’s efforts to manage herbicide resistance. He is the past chairman of the Herbicide Resistance Action Committee and has given numerous presentations on industry’s position in herbicide-resistance management. He helped establish herbicide-resistance groups in North and South America. Dr. Shaner is a member of the WSSA and the American Chemical Society. He is an associate editor for Weed Science Journal . Dr. Shaner is the author of more than 50 papers. He has given more than 40 invited lectures at symposia and seminars. His research interests include all aspects of the mode of action of herbicides, the effect of environmental factors on herbicidal activity, and herbicide resistance in crops and weeds. 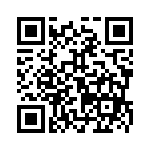