Nice, succinct book about an amazing man most Americans know little to nothing about. When I first got into the American Revolution, the Constitution, and our Founding Fathers, Henry Knox was one of ... Přečíst celou recenzi

Great read! In the narrative vein of 1776 by McCullough. Sheds light on this extraordinary General. He's mentioned liberally in almost all the histories but reading this makes you wonder why he isn't ... Přečíst celou recenzi

Mark Puls is the author of Samuel Adams: Father of the American Revolution, winner of the Fraunces Tavern Museum Book Award, and co-author of Uncommon Valor: A Story of Race, Patriotism and Glory in the Final Battles of the Civil War with Pulitzer Prize winning journalist Melvin Claxton. Puls has worked as a journalist for The Detroit News. He lives in Hawntranck, MI. 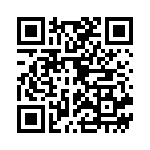