Carol Rittner, R.S.M. is distinguished professor of Holocaust Studies at the Richard Stockton College of New Jersey. She is the editor or coeditor of a number of books, including "The Holocaust & the Christian World". She is the executive producer of two films, one of which, "The Courage to Care", was nominated for a 1986 Academy Award in the Short Documentary category.

John K. Roth is the Russell K. Pitzer Professor of Philosophy at Claremont McKenna College, where he has taught since 1966. He has written, coauthored, or edited more than twenty-five books, including, most recently, "Ethics after the Holocaust" & major contributions to "The Holocaust Chronicle". 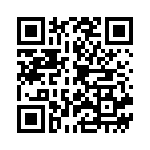