In this book, Joiner tackles several common myths associated with suicide. Some of the book was a little hard to digest for obvious reasons. Some of the myths that Joiner addresses are that prevention ... Přečíst celou recenzi 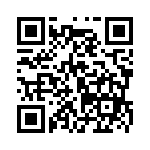