Strana 8
Slightly more than a third are plagal tunes, moving between the upper and lower
fifth. The remainder are mixed, with a range combining the other two in extent.
Regional or national counts, however, show some interesting modifications of ...
Strana 9
Next, with a palpable falling-off, is the third; and then, with another wide interval,
the fourth. For the plagal tunes, on the contrary, the lower fifth is considerably in
the lead, though not so disproportionately as is the tonic for the authentic tunes.
Strana 375
... third person possessive, the correlated mojasampo 'my mountain' vs. fusampo
“my lakes' (the attributive adjective corresponding to sákor “black' is missing in
the sixth sentence), and concluded by the predicative phrase as described above
; ... 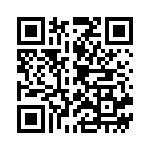