Claire Grogan who also edited the Broadview edition of Northanger Abbey, is a professor in the English department at Bishop’s University and is presently visiting assistant professor at the University of British Columbia. 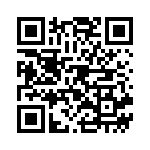