Assistant Professor in women's studies at Queen's University is the author of Demonic Grounds: Black Women and the Cartographies of Struggle (U. Minnesota Press, 2006). A frequent contributor to journals and books McKitrick has worked as a volunteer with the Toronto Women's Bookstore Assistant Professor of African American studies at The University of Maryland 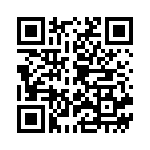