Strana 6
At the conclusion of the meeting , on the afternoon of Wednesday , December 29
, was adopted the following resolution , presented by Miss Fletcher :“ Resolved ,
That the members of the American Folk - Lore Society would express their ...
Strana 165
The regular meeting was held at the apartment of Mrs . Lee Hoffman , in “ The
Abbotsford . ” In the absence of the President , Professor Putnam , Mr . Frank
Russell , Vice - President , occupied the chair . Miss Annie Beecher Scoville , of
the ...
Strana 239
ANNUAL MEETING OF THE AMERICAN FOLK - LORE SOCIETY , 1898 . — The
annual meeting will take place in New York , at Columbia College , on
Wednesday and Thursday , December 28 and 29 . Further information will be
furnished ... 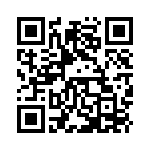