Edition: Arkangel Shakespeare King Lear had been one of my favorite Shakespeare dramas ever since I read it for the first time in my early teens in Bulgarian (I read it a few years later in English as ... Přečíst celou recenzi

A fairly quick read. I didn't love it as much as I remember. Lear was way obsessed with 'nature' and the whole thing was so pompous. But not as bad as some of his other stuff. Přečíst celou recenzi

William Shakespeare (1564-1616) was born to John Shakespeare and mother Mary Arden some time in late April 1564 in Stratford-upon-Avon. He wrote about 38 plays (the precise number is uncertain), a collection of sonnets and a variety of other poems.


Stanley Wells is Emeritus Professor of the University of Birmingham and Chairman of the Shakespeare Birthplace Trust.

Kiernan Ryan is Professor of English at Royal Holloway, University of London, and a Fellow of New Hall, University of Cambridge. He is the author of Shakespeare (3rd edn, 2002) and the editor of King Lear: Contemporary Critical Essays (1992) and Shakespeare: The Last Plays (1999). 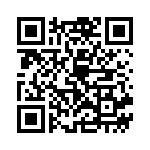