this is a lovely and funny Valentine's Day story. I'm sure most kids will really like it and be able to identify with one or other of the acting characters. Přečíst celou recenzi

Having faced ghosts, aliens, and deadly Siberian snow spiders in previous adventures, the fifth graders at Josiah Fawcett Elementary take on a very different sort of challenge when a Grecian urn from ... Přečíst celou recenzi

Gregory Maguire received his Ph.D. in English and American Literature from Tufts University. His work as a consultant in creative writing for children has taken him to speaking engagements across the United States and abroad. He is the author of the books Wicked, Son of a Witch, and A Lion Among Men, which comprise his series called The Wicked Years. The Broadway play, Wicked, is based on his book of the same title. He is a founder and codirector of Children's Literature New England, Incorporated, a non-profit educational charity established in 1987. He has lived abroad in Dublin and London, and now calls Massachusetts his home. 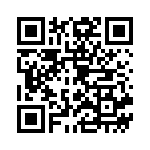