Amit Chaudhuri is a well-known novelist and critic. He writes regularly for the London Review of Books, the Times Literary Supplement, and Granta; and his works have appeared in many major publications, including the New Yorker, the New Republic, the Observer, and the Guardian. In 2000, Chaudhuri was named as one of the Observer's 21 Writers for the Millennium.
Awards for his fiction include: first prize in the Betty Trask Awards; the Commonwealth Literature Prize for Best First Book (Eurasia); the Society of Authors' Encore Prize for Best Second Novel; the Southern Arts Literature Prize; and the Los Angeles Times Book Prize for Fiction. His third novel, Freedom Song, was a New York Times Notable Book of the Year, and one of the New York Public Library's 25 Books to Remember, 2000. 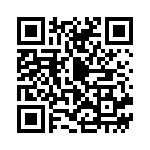