Professor Sperelakis currently is Professor and Chairman Emeritus of Physiology and Biophysics at the College of Medicine at the University of Cincinnati. He is a cell physiologist specializing in cellular electrophysiology. Dr Sperelakis received a B.S. in Chemistry, M.S. in Physiology in 1955, and a Ph.D. in Physiology in 1957, all from the University of Illinois, Urbana. He was also trained in electronics, receiving a certificate from the U.S. Navy & Marine Corps Electronics School in Treasure Island, San Francisco. He served in the U.S. Marine Corps during the Korean War. Dr. Sperelakis is the author/co-author of over 550 scientific articles in journals and books. He has lectured at numerous universities worldwide and at international conferences/symposia. He has also trained many postdoctoral fellows and graduate students, and has been a visiting professor at several foreign universities. Professor Sperelakis has served on a number of journal editorial boards. He is a member of numerous professional societies and has served on the Council for several of them. He has served on the science program advisory committees for various international conferences and has organized several conferences. Dr. Sperelakis was an Established Investigator of the American Heart Association (AHA), Fellow at the Marine Biological Laboratory (Woods Hole), and elected Fellow of the American College of Cardiology (FACC). He received Awards for research excellence from Ohio AHA in 1995 and SW Ohio in 1996. His listings include Who's Who in the World, in America, in Science and Engineering, in Medicine and Healthcare, and in American Education. 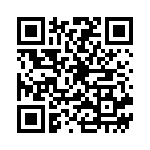