Dustin Griffin is Professor of English at New York University. He is the author of a number of books on Restoration and eighteenth-century English literature, including Satires on Man: The Poems of Rochester (1973), Alexander Pope: The Poet in the Poems (1978), Regaining Paradise: Milton and the Eighteenth Century (1986), Satire: A Critical Re-Introduction (1994), and Literary Patronage in England, 1650-1800 (Cambridge 1996). 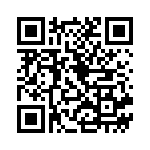