Strana 37
This bush was not identified, but various astringents are given for stomach and
intestinal disturbances, and work fairly well." Twenty-eight cases of diarrhea,
seven cases of bacillary, and two cases of amoebic dysentery were admitted to
the ...
Strana 363
It is only for the tales that the Spanish is not given . The drama section of over a
hundred pages provides texts for Los Pastores , La Aurora del Nuevo Día , Adán
y Eva , Los Tres Reyes , El Auto del Santo Niño ( El Niño Perdido ) , Las Cuatro ...
Strana 417
At the same time, however, “myth” carries another set of associations; according
to the definition generally given, it embodies “legends of cosmogony and of gods
and heroes,” to quote the formula given by the Encyclopaedia Britannica. 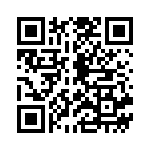