William E. Parrish is Professor Emeritus of History at Mississippi State University. He is the author of numerous books, including Frank Blair: Lincoln's Conservative. He is also the general editor of A History of Missouri. 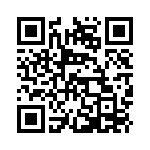