This is very much the paradigm of many 1950's costume movies. It is competently paced and their are the usual roles. It suffers from the grip it had on following historical novelists, I think. It's still a solid entertainment. Přečíst celou recenzi

Anne Bronte was the daughter of an impoverished clergyman of Haworth in Yorkshire, England. Considered by many critics as the least talented of the Bronte sisters, Anne wrote two novels. Agnes Grey (1847) is the story of a governess, and The Tenant of Wildfell Hall (1848), is a tale of the evils of drink and profligacy. Her acquaintance with the sin and wickedness shown in her novels was so astounding that Charlotte Bronte saw fit to explain in a preface that the source of her sister's knowledge of evil was their brother Branwell's dissolute ways. A habitue of drink and drugs, he finally became an addict. Anne Bronte's other notable work is her Complete Poems. Anne Bronte died in 1849. 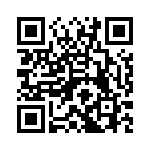