Washington Irving was born in New York City in 1783. He lived in the United States, England, and Spain (where he served as an American diplomatic attache). A prolific author, Irving wroteThe Sketch Book of Geoffrey Crayon, Gent., Diedrich Knickerbocker's History of New York, The Alhambra, and biographies of George Washington and Christopher Columbus, among other works. He is best remembered, however, for his two most famous stories, "The Legend of Sleepy Hollow" and "Rip Van Winkle." 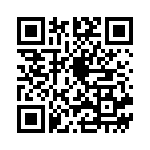