Strana 7
... national character , 95 - Only the Calvinists prepare for armed resistance , 95
— Brederode the leader ; Orange keeps in the background , 96 -- Disasters of
Watrelos , Lannoy , December 1566 , and Oosterweel , April 1567 , 97 – Orange
and ...
Strana 119
II HOLLAND AND ZEALAND IN REVOLT The Prince was right in thinking that
Holland and Zealand would alone be able to offer resistance . As soon as Mons
had surrendered , Alva turned northward against Mechlin , which although ...
Strana 120
But here stood the great leader of the revolt , with his Beggars and mercenaries ,
the concentrated power of resistance not of this province only but of the whole
Netherlands people , and they were determined to put up a desperate fight . 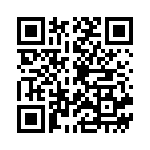