Strana 7
That AngloSaxon heroic poetry , even as we have it , is the product of a pagan
heroic society and in social tone and general mood bears evidence of its origins ,
can hardly be disputed . But debate on the degree to which Beowulf , for example
...
Strana 33
But if some aspects of the Anglo - Saxon verse tradition lingered on , the same
cannot be said for the heroic note of Anglo - Saxon poetry . The Norman
Conquest was itself the last of those many movements , migrations , invasions ,
and ...
Strana 50
Fighting in heroic poetry is a grim affair , engaged in for some specific purpose ,
and even the most valiant hero is liable to lose if he fights against heavy odds ; in
the romance , characters fight on principle , as it were , or as a matter of fashion ... 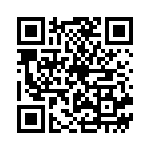