I read The Deerslayer and The Last of the Mohicans many years ago, and was interested to discover this version of Natty Bumppo. In keeping with his era, Cooper is quite long-winded and didactic at ... P°eÞÝst celou recenzi

A nice edition, with few typos and excellent critical apparatus. You don't, strictly speaking, need the notes (unless you must know the meaning of every nautical term), but you'll come to appreciate ... P°eÞÝst celou recenzi 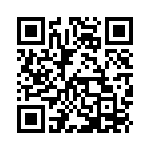